The Great Return of the Marching Warriors! 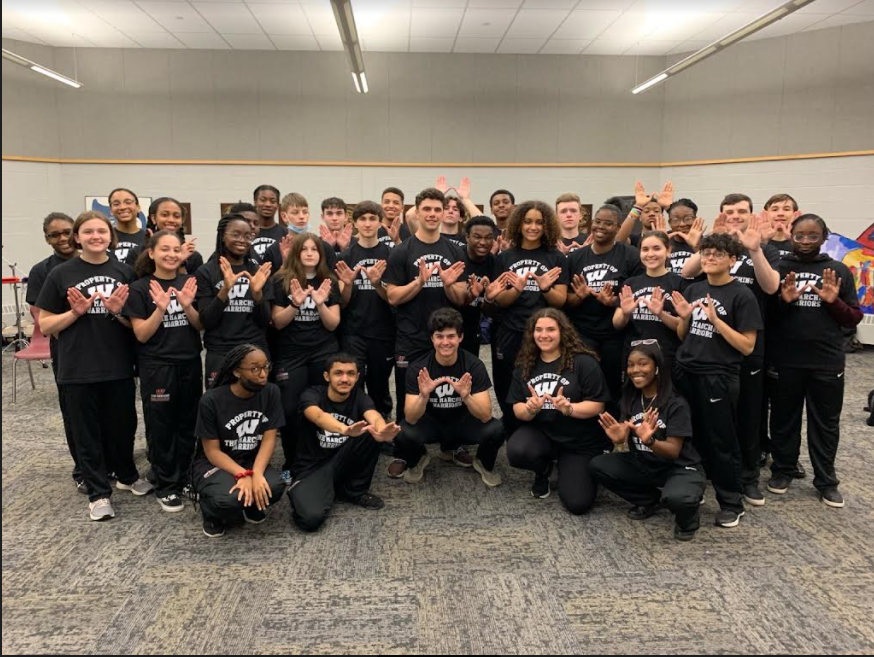 The Windsor band has grown in many ways over the years, with an extended history of concerts and performances; however, many new goals have been set.  Brandon Monroe, who recently began directing the WHS band in the fall of 2021, has many great things planned. The WHS band plans to take leaps and bounds in improving itself and its interaction with the community. Between fundraisers and performances, the Windsor band will be working hard to improve in many different ways.

The band holds many fundraisers in order to support the growing department, with the money raised from these fundraisers helps in many ways, from individual fundraisers to organizational fundraisers, all of it helps the band. The money raised can be used to buy music, instruments, and much more.  One of the recent fundraisers the band held was the Double Good Popcorn fundraiser, taking place from Tuesday, February 8th to Saturday, February 12th. During the 5 days the fundraiser took place, the band raised an incredible  $9,138. Half of the money ($4,569) went directly to the Windsor band. The great success of the fundraiser will greatly help the Windsor band but it never would have been possible without the support of the Windsor community.

The community plays a big part in the Windsor band, with the band helping to bring the community together through performances at events like football games, concerts, pep rallies, and parades. This year alone, the band has participated in many football games including the playoff game, a Veterans day performance, and the Torchlight Parade. The band has participated in many activities so far, but is also focused on the future, and things are only just getting started! Events like the Night of  Jazz (Thu, Apr 7th), Music in the Parks (Fri, Apr 22nd, A day full of performing, ended with a trip to Six Flags), the Shad Derby (Sat May 21st), the Memorial Day parade (Mon, May 30th) and the Spring Concert (Thu, May 19th) are all coming up soon.

The goals set for the Windsor band won’t be easy to achieve, but with the help of the community, we can not only achieve, but surpass them. Mr. Monroe wants to “recruit as many students as possible both in the school and out of the school.” This could be incoming freshmen or any student who already attends Windsor High School. Mr. Monroe also wants to up the music presence of the WHS band. To achieve this goal, Mr. Monroe is planning on “getting the kids in the elementary schools excited about music.” In order to achieve these goals, we must start with what we have and grow from there, getting the kids in the WHS band excited for the future.

Many people consider the WHS band to be much more than a class; through football games and performances, the band plays a huge role in the Windsor High School community. Amayah Wimberly-Whaley, the current Drum Major of the WHS Band, believes that “band is more than a class, it’s a family.” The band as a whole brings people together, no matter how different. It’s a place where people can express themselves in many unique ways. The performances that are put on by the band are only able to happen because of the hardworking students that perform. As the band moves further and further ahead, the strength of the band and its community will grow with it.

Throughout the years, the Windsor band has greatly improved. Through fundraisers, performances, and much more, the Windsor band is working hard to achieve its newly set goals. There may be challenges along the way, but the WHS band is ready for anything thrown it’s way. The future holds great things for the WHS band and with the help of Mr. Monroe, all the band members, and the community, there is nothing that can stop it. “Give it some time and you are gonna hear Mr. Monroe and the fire Marching Warriors,” (Amayah Wimberly-Whaley).