The Effects of Sandy Hook: Remembering a Hometown Tragedy 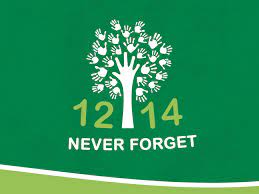 At school we are made to have ‘lockdown drills’ twice a year. If your parents grew up in the 60’s, 70’s, 80’s, or 90’s as ours did, this is not an experience they ever had. These started all across America following the Columbine shooting in 1999, but nobody ever expects for the lockdown not to be a drill.

Despite this, a similar event to that of Columbine took place at an elementary school right here in our state of Connecticut not even a decade ago. At the time, those who attend WHS today were in kindergarten through 3rd grade, and our parents were made to watch news report after news report of the lives of children our age being taken far too soon and in a horrific way.

The events that took place at Sandy Hook Elementary School on December 14, 2012 took the lives of 20 students between the ages of six and seven as well as six staff members. The children who witnessed these events have been forever effected, and are forced to recall the events on the same day every year.

As the anniversary approaches once again, those who were in attendance of the events are forced to relive them for the ninth time of many, and it never seems to get easier. One teenager, Ashley directs her anger at this time towards those who fail to see the problem with gun violence in America or even recognize that the events of Sandy hook ever took place.

In her first time speaking about the events in public, Ashley states that she “can’t give you proof except for [her] trauma.” She recalls, as quoted by the Hartford Courant, asking “where is my sister? Do you know my sister’s alive? Please help me find my sister.”

If the pleas of a 6 year old questioning if her sister is alive or not doesn’t prove that there is a problem with violence in America, I don’t know what will. Changes need to be made so not another child has to wonder if they will make it home from school on any given day, and this is made even more apparent when anniversaries as significant as this arise.

Most importantly, this week, our thoughts are with the families and friends of…